As we say goodbye to 2008, Malaysians can look back at the momentous events of March 8 general elections that not only transformed the political landscape of our country but changed the mindset and perceptions of ordinary citizens. This paradigm shift is the real and significant transformation that we can see, touch and even feel.

END_OF_DOCUMENT_TOKEN_TO_BE_REPLACED

I would like to wish everyone a Merry Christmas and to share with all Malaysians that Jesus Christ’s message of peace, love and freedom is still dear to my heart. For me, the spirit of truth, justice, equal opportunity and salvation from sin is not merely an ideal but something we must strive for.

Having said that, it is sad to note that despite my last year’s Christmas message – calling on the federal government to stop intimidating the Catholic weekly newspaper ‘Herald’ by demanding the publication to drop the use of the word “Allah” in its Malay language section – is still not heeded.

Despite the Federal Constitution guaranteeing freedom of expression and freedom of worship for all including non-Muslims, the Barisan Nasional government still refused to stop its suppression of press freedom and people’s fundamental human rights.

END_OF_DOCUMENT_TOKEN_TO_BE_REPLACED 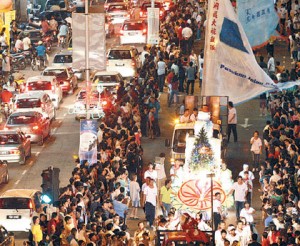 END_OF_DOCUMENT_TOKEN_TO_BE_REPLACED

Service of the Funicular train on the upper stretch of Penang Hill was stopped since 25 June 2008 due to protrusion of various wires from the cable. Protrusion of -wires was seen since 2008 and minor repairs were carried out by it was on 25 June 2008 that the cable supplier had advised total stop to the service and replacement of a new cable is necessary when more and more wires protruded.

The absence of funding from the Federal Government and the various bureaucratic protocols impeded the earlier commencement of the train service. Turnkey quotations of RM1.463 million, RM1.32 million and RM920,000 were received for evaluation which would require 6 month to install.

END_OF_DOCUMENT_TOKEN_TO_BE_REPLACED

The Federal Government should emulate the Hong Kong government to set up Geotechnical Engineering Office (GEO) to spearhead the upgrading and maintenance of the slopes as well as promoting public awareness to improve slope safety, as a pre-requisite to land development for building and infrastructure construction.

Slopes are found in many states amidst urban developments especially Penang. It is essential that they are properly maintained and landscaped to enhance the city outlook.

The Hong Kong government learnt their lessons from repeated fatal landslide disasters which took more than 470 lives 30 years back. They set up Geotechnical Engineering Office (formerly called Geotechnical Control Office) of the Civil Engineering and Development Department , they also set up a comprehensive Slope Safety System to reduce landslide risk to as low as practically achievable.

Today, they have successfully reduced the landslide risk; this is reflected in the substantial drop in the landslide fatality rate.

How many more Highland Tower and Bukit Antarabangsa tragedies do we need to experience before the government takes measures and precautions such as those practiced in Hong Kong?

The Landslide Risk Reduction Strategies of the Hong Kong goverment are as follows: 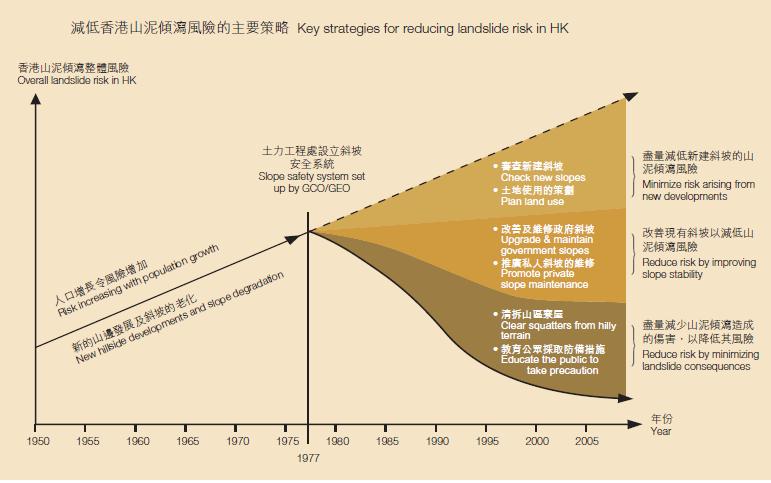 END_OF_DOCUMENT_TOKEN_TO_BE_REPLACED

Protect Workers Rights By Cancelling The RM 5 Billion Injection Of EPF Funds Into Valuecap Following The Federal Government’s Failure To Convince EPF Members That It Will Not Be Used To Bail Out Politically-Connected Parties.

I have received many queries and expressions of concern by workers from Penang about the security of the government injecting RM 5 billion of Employees Provident Fund(EPF) into the Valuecap Sdn Bhd investment fund to buy under-valued stocks. Deputy Prime Minister Datuk Seri Najib Razak should reveal the full list of shares bought from the RM5 billion EPF injection, to assure the public that the monies will not be used to bail out politically connected companies.

Najib’s failure to do so has only strengthened public demands that the Federal Government proves its protection of workers rights by cancelling the use of RM 5 billion of EPF funds for Valuecap Sdn Bhd. So far, the public does not know whether the value of the shares bought by the RM 5 billion funds have increased.

END_OF_DOCUMENT_TOKEN_TO_BE_REPLACED

DAP Opposes The Judicial Appointments Commission (JAC) Bill That Does Not Promote Judicial Independence And Affects The Constitutional Rights Of Sabah And Sarawak In The Appointment Of Judges.

Similarly, DAP opposes the JAC bill that does not promote judicial independence and affects the constitutional rights of Sabah and Sarawak in the appointment of judges, including the Chief Judge of Borneo. The JAC is still a body controlled by the Prime Minister who decides not only appointments of its members but also who to recommend for consideration.

Excerpt from Speech During The DAP Sarawak State Annual Convention In Kuching On 14.12.2008.

The Malaysia Anti-Corruption Commission (MACC) Bill Should Outlaw Closed Or Negotiated Tenders And Clause 58 Amended Or Removed So That The Public Prosecutor or Attorney-General (AG) Can Not Interfere In The Prosecution Of Corruption Cases By The MACC.

The MACC Bill should outlaw closed or negotiated tenders and Clause 58 amended of removed so that the Attorney-General can not interfere in the prosecution of corruption cases by the MACC. Clause 58 states that a prosecution for an offence under the MACC Act “shall not be instituted except by or with the consent of the Public Prosecutor(AG)”.

DAP opposes clause 58 to establish the MACC Chief Commissioner’s sole powers of the prosecution to ensure MACC’s independence from executive interference and the integrity of its investigations without external influence. Even though DAP is inclined to support the MACC, the removal or amendment of Clause 58 would go a long way towards full and unqualified support from the public.

END_OF_DOCUMENT_TOKEN_TO_BE_REPLACED

Speech During The DAP Sabah State Annual Convention In Kota Kinabalu On 13.12.2008:

DAP proposes a RM 50 billion economic stimulus plan to fight the recession instead of BN’s puny RM 7 billion plan that Malaysians cannot see, can not touch and can not feel. No one knows how this BN RM 7 billion expansionary economic plan is going to help 27 million ordinary Malaysians. What we know is that the few BN cronies will benefit from a failed system that permits financial malpractices and abuses of power.

Malaysia economic growth in the third quarter this year, with a real gross domestic product (GDP) growth of 4.7% compared with 6.3% and 7.1% in the second and first quarter, respectively, is the lowest quarterly growth in three years. The BN government must wake up from its denial mode that Malaysia will not slip into recession following the global financial crisis.

Malaysia must follow China’s aggressive fiscal and monetary measures of both fighting the oncoming economic recession and looking beyond towards economic recovery. China announced the largest economic stimulus plan of USD 586 million over 2 years. However its 30 local governments has announced a larger USD 3.5 billion spending over 5 years. With total USD 4 trillion spent by China, this is almost double its international reserves of USD 2 trillion.

END_OF_DOCUMENT_TOKEN_TO_BE_REPLACED 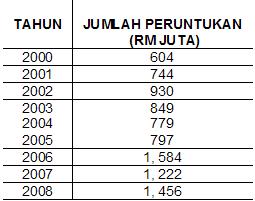 END_OF_DOCUMENT_TOKEN_TO_BE_REPLACED

Today is a special occasion where the global community celebrates the 60th anniversary of the United Nations’ Universal Declaration of Human Rights.

Unfortunately for us in Malaysia, despite claiming to be a progressive and advanced society, we are still lagging behind in protecting and upholding human rights. After more than 50 years of independence, human rights are mere lip service offered by the Barisan Nasional government.

Recent events, particularly after the historic political tsunami of March 8, have shown that the authorities lack of respect for human rights. Selective prosecutions and persecutions are still being enforced despite the end of Mahathir era.

END_OF_DOCUMENT_TOKEN_TO_BE_REPLACED

Eight Measures To Transform Penang From A Sweat Shop To A Smart Shop And Reinvent The Economy For Sustainable Growth And Prosperity.

The theme of the 4th Asia Economic Summit of “Reinventing Asian Economies for Sustainable Growth & Prosperity” is apt and timely following the global financial crisis that has threatened both the growth and prosperity of both developed country and emerging economies. There is also a need to reinvent as the conditions that made prosperity and growth possible either do not exist or are not applicable any more.

The most popular measures to counter the current recession includes an expansionary budget and government guarantees for financial institutions. However we need to look beyond the recession and be bold enough to undertake fundamental reforms and reinvent the economy to allow Asia is to continue enjoying sustainable growth and prosperity. Asia is too diverse to be presented in a singular case. So allow me to present the perspective of Penang, the problems, successes and failures of a middle income state.

Penang is a key trading post that successfully evolved into one of the largest electronics manufacturing hub in the world during the last century. Penang’s success from the 70s to the 80s made Penang the leading state in Malaysia with GDP per capita of RM 28,851, double that of Malaysia at RM 19,189 for 2008. Despite being the second smallest state in Malaysia and with a population of only 1.4 million, Penang’s exports alone amounted to 27% of Malaysia’s total exports.

There were five common characteristics of successful growth economies identified in “The Growth Report” by A. Michael Spence were:-
END_OF_DOCUMENT_TOKEN_TO_BE_REPLACED

END_OF_DOCUMENT_TOKEN_TO_BE_REPLACED

Malaysians would consider it irresponsible and immoral for the Federal Government or any other party to earn RM 16 million a day at the people’s expense by merely manipulating petrol prices that does not reflect the plunging international price of oil which is currently at around USD 40 per barrel.

Since July 11 when a barrel of oil hit a record $147.27, oil has fallen 72% to USD 40.81 per barrel in less than five months, The expected economic recession following the global financial crisis has caused the drop in petrol prices to its lowest level in four years since December 2004. A front-page report in The Star estimated The Government is set to get windfall gains of up to RM 16 million per day based on crude oil price of US$44 per barrel and a consumption estimate of 27.5 million litres per day. This would work out to extraordinary gains of RM 6 billion a year at the expense of Malaysians. But for whose benefit?