Will Not Comment On Penang UMNO Youth’s Repeated Lies But Will Take Defamatory Court Action To Prevent UMNO, Utusan Malaysia and others BN papers From Playing With Fire By Stoking Racial And Religious Sentiments To Undermine The PR Penang State Government.

I will not comment on Penang UMNO Youth’s repeated lies but will take defamatory court action to prevent UMNO, Utusan Malaysia and others BN papers from playing with fire by stoking racial and religious sentiments to undermine the PR Penang state government. I had tried to be patient when UMNO uses racial and religious rhetoric to undermine my leadership of Penang and the PR state government. But such dangerous and religious political games have crossed the limit with lies by Penang UMNO Youth chief Shaik Hussein Mydin that I have sold off mosque land.

END_OF_DOCUMENT_TOKEN_TO_BE_REPLACED

Yesterday, Prime Minister Datuk Seri Najib Tun Razak has clearly indicated that general elections can be called any time soon, buoyed no doubt by confidence in BN’s successful cover-up of 3Ds of deficit,debt and deceit. Unless PR exposes BN’s cover-up of 3Ds, not only will PR not win power in Putrajaya but may even face a disastrous 13th General Elections that will enable BN to win back its 2/3 majority.

BN knows that the critical issue in the coming general elections is its handling of the economy and how the people’s cost of living can be reduced and their economic livelihood increased. Tied to whether BN can help the people’s economically is its management of the Federal government’s debt and budget deficit, which some has traced to its failure to address the menace of corruption.

END_OF_DOCUMENT_TOKEN_TO_BE_REPLACED

Penang Seeks Convergence Of The Manufacturing, Services And Government Sector To Propel Penang’s Escape From The Middle-Income Trap To High-Income Economy Status Of USD15,000 Per Capita By 2020.

END_OF_DOCUMENT_TOKEN_TO_BE_REPLACED

Datuk Seri Najib should withdraw his earlier remarks on 17 March 2012 published by Bernama to prove his seriousness and sincerity to his latest statement with Mandarin radio station 988 yesterday that the BN government will not allow the Lynas rare earths plant in Gebeng, Kuantan, to operate if scientific evidence proves that it will be harmful to the people’s health and the environment.

END_OF_DOCUMENT_TOKEN_TO_BE_REPLACED

Media Statement By DAP Secretary-General And MP For Bagan Lim Guan Eng In Kuala Lumpur On 21.3.2012.

Last night Sdr Lim Kit Siang, Sdr Dr Chen Man Hin and I had a meeting with DAP National Chair Sdr Karpal Singh. We agree that the latest episode that has been highlighted by the BN-controlled media has ended.

I urge all members to close ranks and stay focused on the historic opportunity for change to save Malaysia in the coming general elections. All party leaders and members should stand united together so that our political enemies will not attempt to exploit the situation by organizing demonstrations against the DAP or DAP leaders on one pretext or another.

END_OF_DOCUMENT_TOKEN_TO_BE_REPLACED

Press Statement by DAP Secretary-General and MP for Bagan Lim Guan Eng in Kuala Lumpur on 19.3.2012.

DAP Will Not Participate In A Sham Parliamentary Select Committee(PSC) On Lynas Rare Earth Processing Plant Which Serves To Deliver A “Fait Accompli” By Endorsing The Lynas Plant And Force Public Acceptance Without Due Any Regard For Safety, Environmental And Health Concerns.

DAP will not participate in a sham Parliamentary Select Committee(PSC) on Lynas rare earth processing plant which serves to deliver a “fait accompli” by endorsing the Lynas plant and force public acceptance without any due regard for safety, environmental and health concerns. DAP will propose to the PR Leadership not to allow BN to use our presence in the PSC to legitimatize a Lynas plant, so that PR is not part of any environmental disaster that happens in the future.

END_OF_DOCUMENT_TOKEN_TO_BE_REPLACED

DAP’s Very Political Survival At Stake In The Next General Elections If Our Members And Supporters Do Not Successfully Repulse BN’s Shameless Tactics of 4M of Money, Media, Machinery of Government, Menacing PR Leaders and 4R of Race, Religion, Royalty & Rigging The Election Commission.

On the occasion of DAP’s 46th anniversary since it was first registered on 18 March 1966, DAP urges all leaders and members to redouble efforts to ensure that PR wins the next general elections so that DAP can remain a party in power in state governments and hopefully in the Federal government too. The danger signals are evident that the 13th General Elections will be the dirtiest in Malaysian history.

END_OF_DOCUMENT_TOKEN_TO_BE_REPLACED

Chief Minister Lim Guan Eng thanks Phison for selecting Penang as its first location outside Taiwan and hopes that Phison’s investment in an engineering development and design centre in Penang will help to expedite not only technology transfer but also talent transfer to Penang. This strategic investment will further enhance Penang’s move towards higher value added activities and higher paying jobs for the people.

END_OF_DOCUMENT_TOKEN_TO_BE_REPLACED

The PR Penang state government concedes that it has failed to convince some NGOs such as the Consumers Association of Penang (CAP) of the importance of the proposed 4 infrastructure projects to mitigate traffic congestion and spur economic development in SPU specifically and Penang generally. The projects in question are the construction of a 6.5-km Gurney Drive-Bagan Ajam(near Butterworth) undersea tunnel, 15 km road connecting Tanjung Bungah and Teluk Bahang, the 5 km Gurney Drive-Lebuhraya Tun Dr Lim Chong Eu bypass and the 5 km Lebuhraya Tun Dr Lim Chong Eu-Bandar Baru Air Itam bypass.

END_OF_DOCUMENT_TOKEN_TO_BE_REPLACED

Penang International Airport In A State Of Distress

With reference to our earlier conversation, I wish to bring your attention to the above subject.

In the last two to three weeks, the Penang International Airport has been in a state of severe distress. This is due to three reasons:

END_OF_DOCUMENT_TOKEN_TO_BE_REPLACED

The fourth wave of democracy

It is generally accepted that the world has seen three waves of democracy. The first began with the adoption of democracy in early 19th century America and Europe, while the second wave occurred following the end of the Second World War through decolonisation and the restoration of democracy in many European countries. The third wave began in 1974, encompassing the democratic transitions of Southern Europe and Latin America all the way to the collapse of the Iron Curtain and the subsequent democratisation of the Eastern European countries.

In recent times, and certainly in the aftermath of the historic events now known as the Arab Spring, the world is once again undergoing a period of democratisation. In the Middle East, a region which has hitherto escaped democracy’s attention, totalitarian regimes and once-untouchable dictators such as Tunisia’s Ben Ali, Egypt’s Hosni Mubarak and Libya’s Colonel Ghadafi have been unseated and overthrown by their own people. The uprising of the Arab populace has spread like wildfire throughout the region, with many other regimes now under threat, most recently Syria’s President Bashar Al-Assad.

END_OF_DOCUMENT_TOKEN_TO_BE_REPLACED 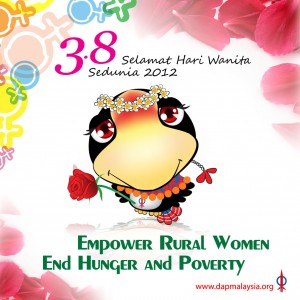