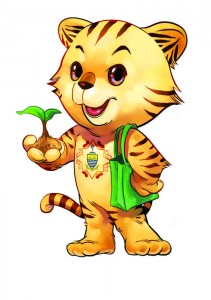 In our efforts to reshape Penang into the first “green” state in Malaysia, the Penang State Government launched a “No Plastic Mondays” initiative in July 2009. Based on the data provided by 45 super/hypermarkets and other participants, it is estimated that Penangnites have reduced plastic bags consumption by more than one million in four months from the “No Plastic Mondays” campaign since July 2009.

For those consumers who insist on plastic bags, they will be required to contribute 20 cents per plastic bag as a form of donation to the Penang State government “Partners Against Poverty” Fund to wipe out hard-core poverty in Penang. To date, we have also collected RM 21,403 from the charges of 20 cents per bags for the Partners Against Poverty Fund.

Penang has received tremendous support from the public from all walks of life for this ‘No Plastic Monday’ initiative. In fact some other states have begun to emulate Penang. We have discussed with all stakeholders including NGOs, public and plastic manufacturers on whether we should extend this campaign to reduce plastic bag consumption further.

After due deliberation, the State Government has decided to extend No Plastic Bags Day to three days a week for Hypermarkets, Supermarkets, Chain and Franchise Stores, Professional Outlets/firms starting from 1 Jan 2010. The 3 days will be from Monday, Tuesday and Wednesday and plastic bags will still be charged 20 cents each during those days. For the first time ever, all single retail stores will also be required to participate but only for one day a week in “No Plastic Mondays”.

Under Local Government Act 1976 Section 107(2) and Municipal Council of Penang Island (Food Establishments) By-laws 1991 by law 3 (5), local councils can impose specific conditions in the renewal of new licenses. They will be required to either abide by the “No Plastic Three Days” in a week or No Plastic Mondays where relevant if they want to get their license renewed. Those who are applying for new licences will also have to comply with this condition.

As for minimarkets and single outlets in shopping malls, in order to give more time to retail industry and consumers to adapt to the plastic bags reduction initiative, they will also need to comply with No Plastic Monday.

Prior to this, the 6 major groups of super/ hypermarkets in Penang distributed as much as 25.2 million pieces of plastic bag or 2.1 million pieces monthly in 2008. I remember when we first introduced this No Plastics initiative, some people have questioned me with doubt: “Is there Really an alternative to such a convenient product?” YES! Penangnites have proven this to be true.

In order to REDUCE the consumption of plastic bags, we now bring our own reusable bags. Some among us have even found simple, creative ways such as folding up a clean plastic bag into a triangle accessory to bring along for REUSE. To RECYCLE, we have also converted illegal banners into reusable bags.

The mantra of 3Rs (Reduce, Reuse, Recycle) has been put into practices through this initiative. But 3R can only be successful if you couple it with the 4th R and that is RESPONSIBILITY.

At the same time, the state government is also trying to address issues relating to effective, adequate and integrated solid waste management.

There are more than 44 other “No Plastic” countries or cities like Penang. We have become the first state in Malaysia to cut down on plastic bag consumption through such voluntary program. Even the Federal Government has announced that they will follow the suit.

All of us in this global community must realize the importance of preserving, protecting and promoting a clean and healthy environment not only for the investors, tourists and those who desires for sustainable living, but also for our future generation. We should feel proud that Penang is amongst 44 other countries and cities that stands out in contributing towards reducing climate change through reducing our carbon footprints in a direct and positive manner.