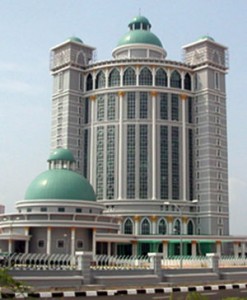 Penang Gerakan chairman Datuk Dr Teng Hock Nan. who is also former state local government and traffic management committee chairman, claimed that the money was used for major and small local community projects to benefit the people such as: END_OF_DOCUMENT_TOKEN_TO_BE_REPLACED

Maybank may have to make a higher loan provisions of up to RM 5 billion from the over-priced purchase of Pakistan’s MCB Bank and BII and not only the RM 242 million for its investments in MCB. Maybank had paid RM 10.8 billion to purchase two distressed foreign banks at twice their present value – the RM 8 billion acquisition of BII and RM 2.8 billion purchase of a 20% stake in Pakistan’s MBC Bank.